Home > What to See and Do > Azenhas do Mar 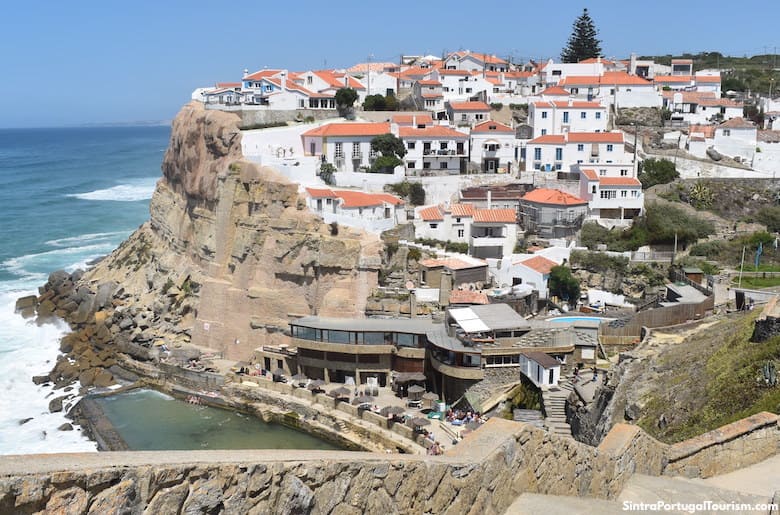 Azenhas do Mar is one of Portugal's postcard villages

Azenhas do Mar means “Watermills of the Sea,” and the name derives from a once-powerful stream that moved the watermills as it made its way to the sea. The Mediterranean-looking village is a literal cliffhanger, with white houses tumbling down to the Atlantic, creating a picturesque scenery that inspired painters and graced postcards in the mid-20th century. At that time, wealthy families from Lisbon and Sintra also decided that the stunning location was perfect for their summer homes, which you’ll see outside the main cluster of houses. Some of them were even designed by Portugal’s leading architects, who attempted to create an authentic “Portuguese Style,” which included the traditional blue-and-white tile panels on the façades.

The small beach of Azenhas do Mar

Most of the houses, however, were originally the homes of a fishing community, built close together at the top of the cliff, creating a maze of streets and patios overlooking the coast. 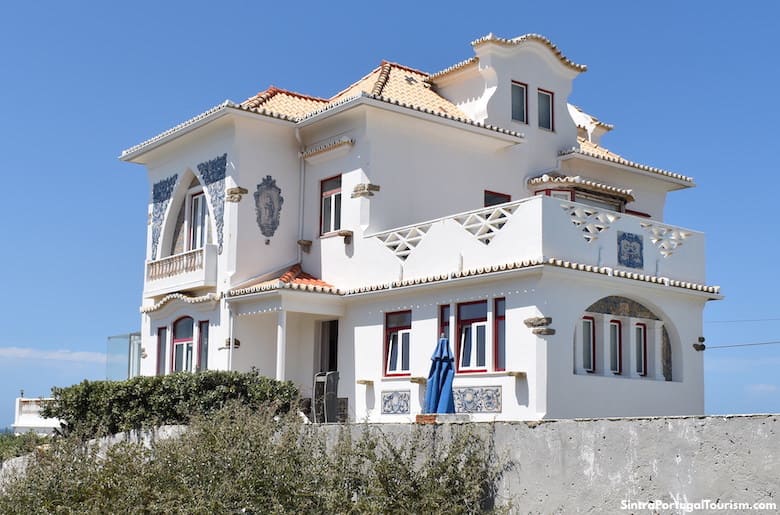 A "Portuguese Style" house in Azenhas do Mar

Steps at the bottom of the cliff lead down to a small (30m/100ft-wide) beach, faced by a popular restaurant specializing in fish. How much space you have to spread your towel depends on the tides (at high tide the beach often disappears), and there’s also a platform meant to trap the sea water and create a pool. 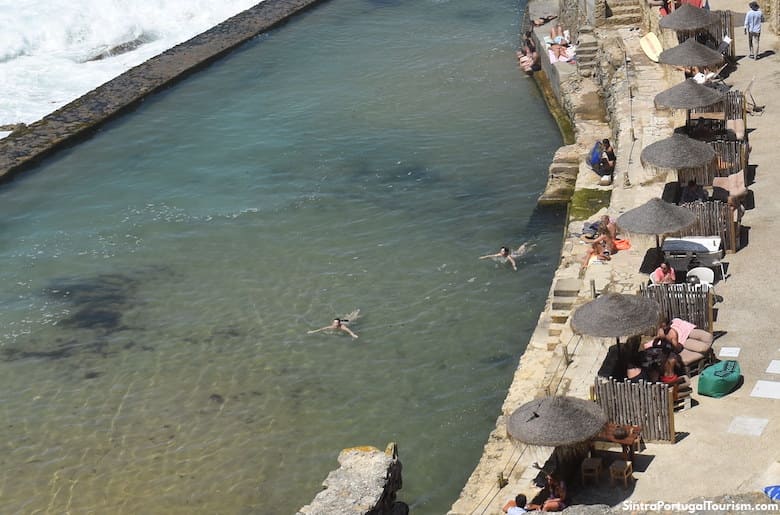 The seawater pool of Azenhas do Mar

How to Get to Azenhas do Mar


Bus 440 departs from the Portela de Sintra terminal and has Azenhas do Mar as its final destination. It reaches it in about 25 minutes, but it’s a rather infrequent service. Bus 441, whose destination is the village of Terrugem, has more frequent departures, and stops in Azenhas do Mar in about 20 minutes.


Walking up the coastal road from Azenhas do Mar, you’ll see a sign pointing to Praia da Aguda. That’s a wild beach about 15 minutes away, reached via a staircase. From there it’s another 15 minutes over rocks and tidal pools to Praia do Magoito, a beach mostly frequented by locals and surfers.
To the south of Azenhas do Mar is Sintra’s most popular beach, Praia das Maçãs. It can be reached by walking down Avenida Luís Augusto Colares and Avenida Eugene Levy, for about 20 minutes, or by taking bus 441 (a 3-minute journey).