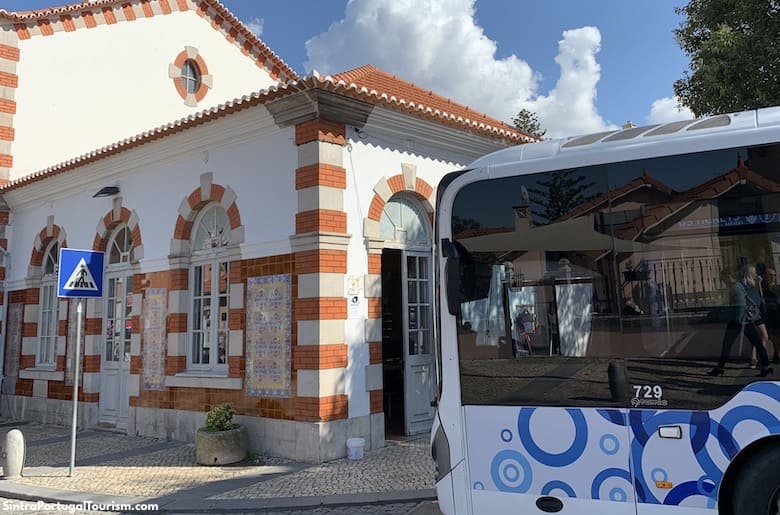 Buses to Sintra's palaces depart from outside the train station

Sintra’s train station is the last stop of the Lisbon-Sintra train line and is just a 10-minute walk from the historic center of town. Most passengers arriving on the train exit through the gate on the southern end, which opens to the road leading down to the town (you’ll see signs pointing in its direction as you step outside). The station’s main building, however, is to the west, parallel to the tracks, and dates from 1887. 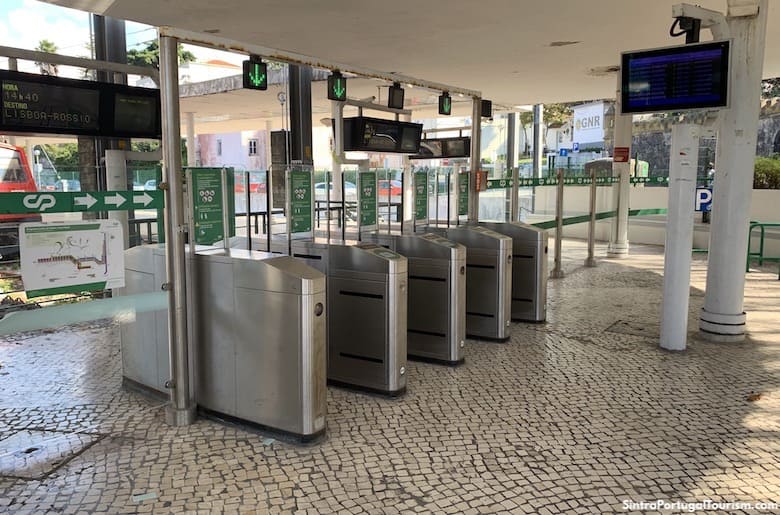 The southern gate ends up being the main access to the station, as it’s also used by most passengers on their return to Lisbon. It has a machine for tickets and a screen listing the upcoming departures. 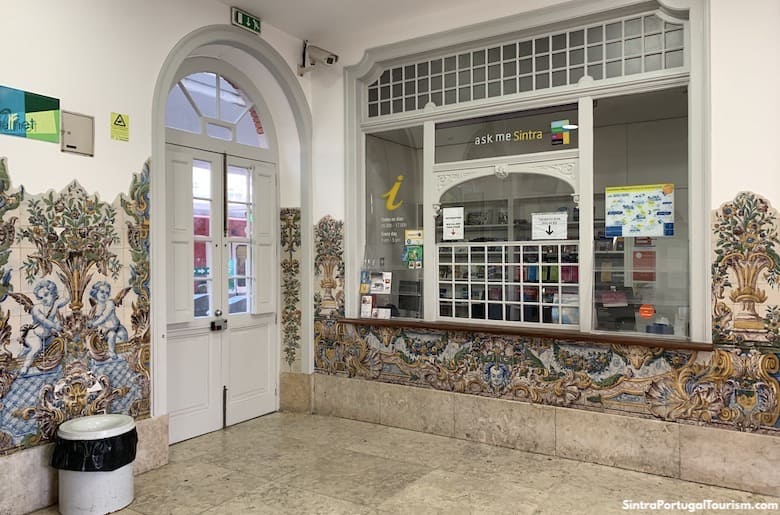 The tourist office inside the station

But it’s worth going inside the station, as it’s beautifully covered in tiles and includes a tourist office. It also has a ticket office and a ticket machine. The access to the train platforms can also be done through here. Several buses depart from right outside the door, and these are the buses most used by tourists. They are the 434 to Pena Palace and the 403 to Cabo da Roca and Cascais. The 435 to Monserrate Palace departs from just a few feet ahead. 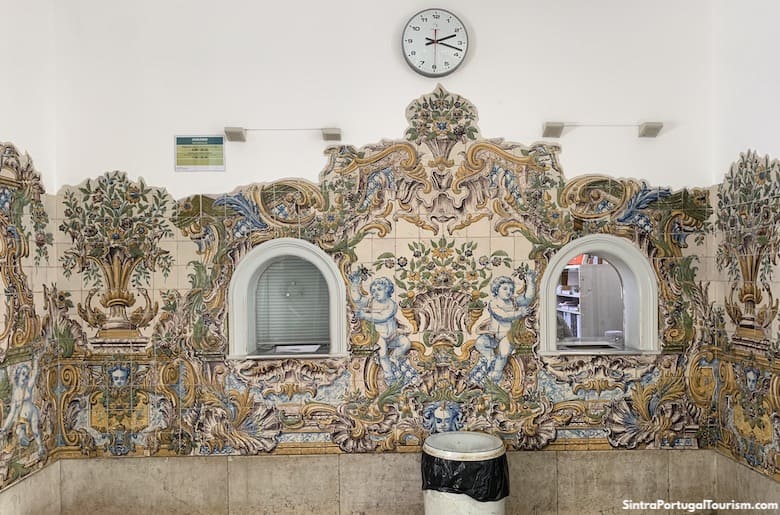 The tiled ticket office of the station

Tickets for the buses are bought from the drivers, but during the high tourist season you’ll also find representatives of the Scotturb bus company selling tickets at the bus stops to avoid delayed departures with so many tourists buying tickets from the drivers. 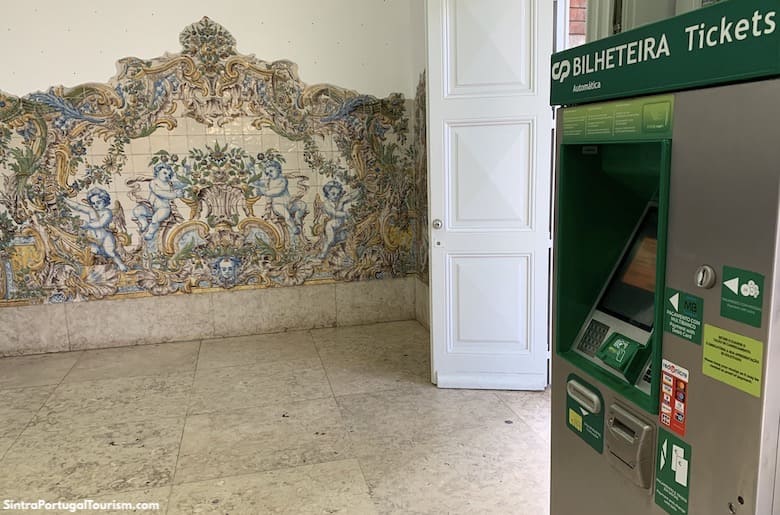 There's also a ticket machine inside the station

Most tourists arriving in Sintra head first to Pena Palace. For that, they need to take the 434 bus, so those exiting from the train station’s southern gate, should follow the blue sign pointing to “Turismo” and not the one to “Centro Histórico.”
The “Turismo” is the tourist office inside the station, and the bus departs from right outside. Those wishing to visit the Sintra National Palace and the other attractions of the center first, should go in the direction of the “centro histórico.”