Home > What to See and Do > Sintra Town Hall 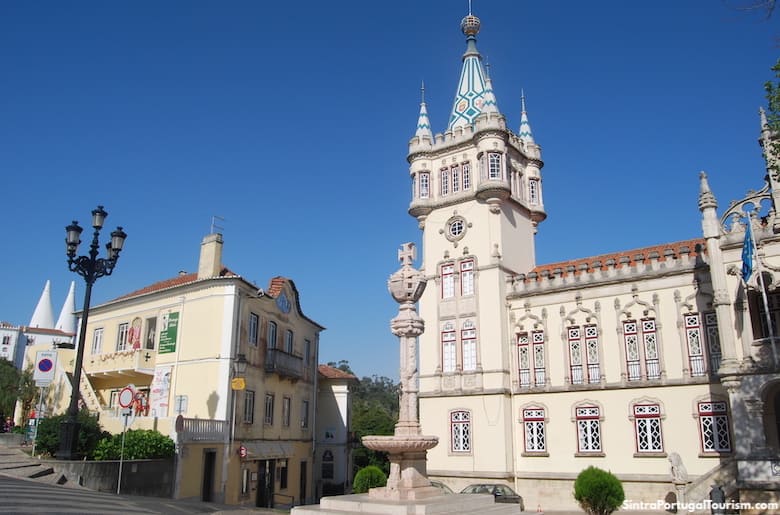 When a small chapel was demolished in the center of Sintra, local authorities thought it was the perfect spot to erect a new town hall. Keeping the tradition of fairytale architecture, the extravagant building was completed in 1906, in a style inspired by Portugal’s Manueline (late-Gothic). It features a clock tower topped by a tile-covered spire flanked by four smaller ones, and windows reminiscent of those of the Sintra National Palace. 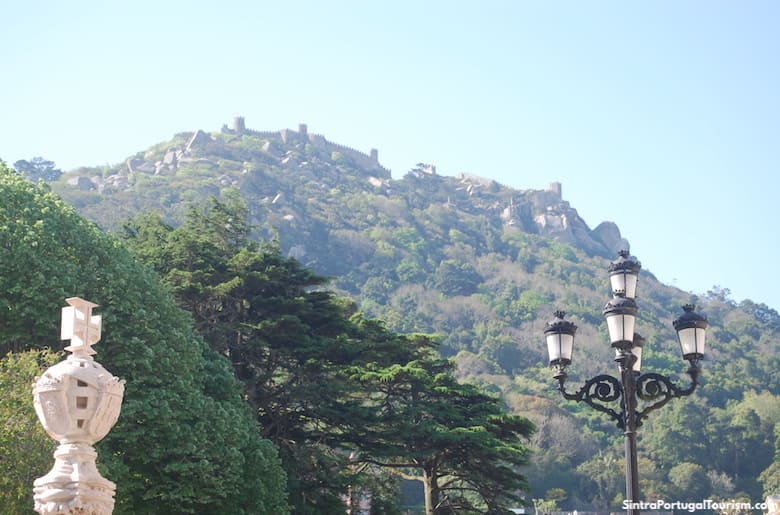 The top of the pillory and view to the Moorish Castle

Although the interior (which includes a magnificent neo-Manueline and neo-Renaissance cloister) is not open to the public, it’s a monument that every tourist stops to photograph. It’s located down the road from the train station, at the top of Volta do Duche, the road that leads to the Sintra National Palace in the historic center.
Across the building is an elaborate pillory, also inspired by Manueline architecture, and topped by the cross of the Knights Templar.