Home > What to See and Do > Chalet Biester

Visitor's guide to the palace and park 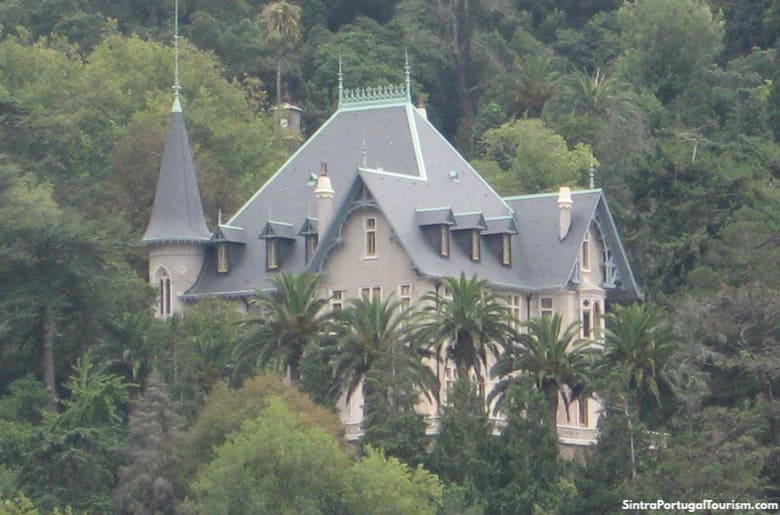 Built in 1880 to be the residence of Ernesto Biester (a wealthy 19th-century merchant and playwright), this is just one of many mansions and palaces hidden in Pena Park. Its conical roofs and neo-gothic windows face the road that goes up the mountain to Pena Palace, and it may look familiar if you saw "The Ninth Gate," a film by Roman Polanski starring Johnny Depp, which had Sintra as part of the setting. 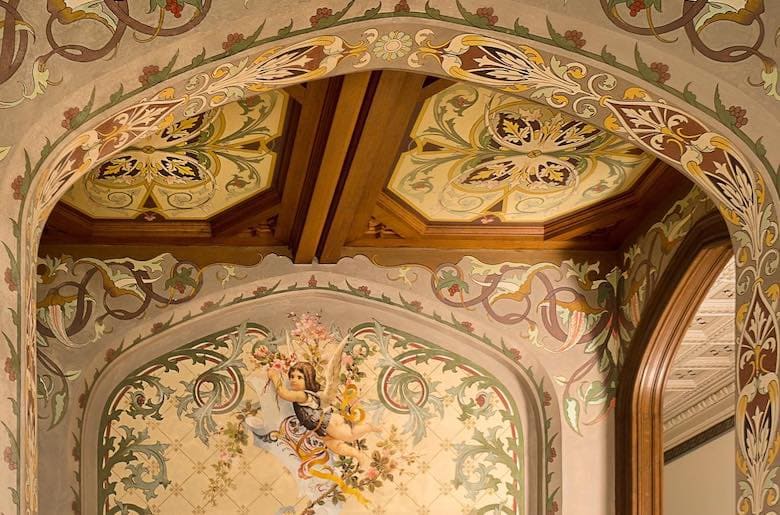 Although it’s private property, it underwent a careful renovation to finally open to the public for the first time in April 2022. Its architecture and decoration looks exactly like when it was designed in the 19th century, including the frescoes, the stuccoes of the Music Hall, paintings (including some naturalist pieces by Luigi Manini, an Italian architect and set designer who also left his mark in another palace in Sintra, the Quinta da Regaleira), and the ceilings painted by Paul Baudry (a French artist who painted the foyer of the Paris Opera). The theatrical décor also includes pieces by Bordalo Pinheiro, one of Portugal’s most eccentric artists and prominent ceramists. It’s a notable example of romantic architecture, and a visit includes access to the surrounding park with exuberant and exotic vegetation brought from places as far as China and Japan. Visitors are given a map of the 6-acre park and there are signs in Portuguese and English. One of the natural attractions is a cave whose interior features ceramic tiles by Bordalo Pinheiro. Then there’s a viewpoint overlooking the Sintra National Palace.

Divided into two floors, the mansion includes a dining room with views of Sintra, a billiard room, a library, and a chapel that mixes the neo-gothic and early art nouveau styles. Upstairs are the most private areas – the bedrooms, the dressing rooms and the bathrooms. Quite rare for a building of the time, and especially a private residence, is an elevator, made of wood and created by Raúl Mesnier de Ponsard, who designed Lisbon’s landmark Santa Justa Elevator.


How to Get to Chalet Biester


Chalet Biester is about a 15-minute walk up the hill from the Volta do Duche road (by the Sintra National Palace and the News Museum). Bus 434 that goes up to Pena Palace passes right by the door, but doesn’t stop, so walking is the only way to reach it.


Admission and Tickets to Chalet Biester


Tickets are €10 for visitors between the ages of 13 and 65. Children between 6 and 12 years of age, as well as seniors between 66 and 79 pay €5. Those under 5 and over 80 years of age are free. There’s also a family ticket for €25, allowing admission to two adults and two children. There are no discounts with the Lisboa Card.

Get a discount of anywhere between 15% and 70% on accommodation in Sintra -- look for deals here:
Sintra Hotels, Apartments, Hostels

Insider's guide with the latest travel tips, information and advice from local experts: