Portela de Sintra is the second-to-last station on the Lisbon-Sintra train line. It’s also a busy bus terminal, with buses to the neighboring coast, including most of Sintra's beaches and those of Ericeira to the north.
The buses are found right outside, and the different stops are labeled with the number of the bus as well as the departure times.
Those coming to Sintra from Lisbon and wishing to start the day at the beach, should exit the train at Portela de Sintra, although it’s also an easy 10-to-15 minute walk between the final Sintra station and Portela. 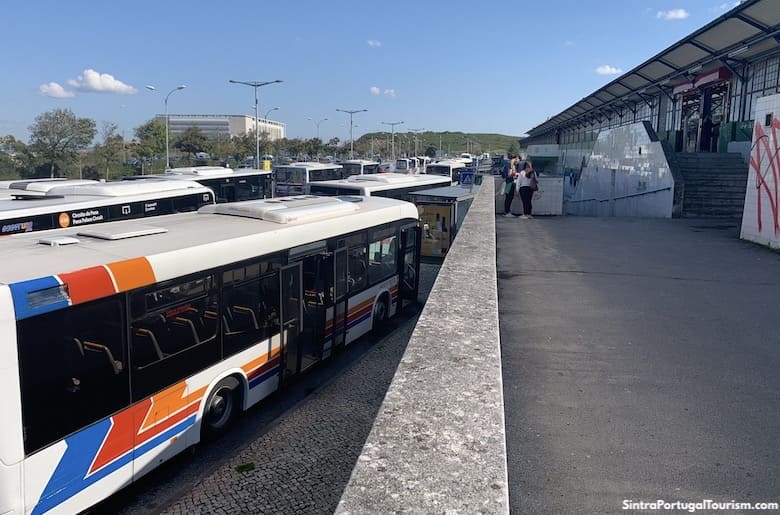 Portela de Sintra is also the station for those wishing to hop on the tourist tram to Praia das Maçãs. When you arrive at the station, take the sidewalk down Avenida Mário Firmino Miguel, which becomes Avenida Dr. Desidério Cambournac. At the end of the Avenida you may turn left to a pedestrian street which leads to Sintra Station and the historic center, or right towards the MU.SA Museum. Next to the museum is a white building selling tickets to the tram, whose tracks and departure point are found to the right of it.

Tickets for these buses are bought from the drivers.
Take a look at the links below for more Sintra transportation guides.