Home > What to See and Do > Day Trips


Although Sintra is most often visited on a day trip from Lisbon, there are also those who choose to make it their base and take day trips from there instead. In addition to Lisbon, the town is connected by public transportation to popular destinations on the coast, making it perfect for escapes to the sea. These are the places you can see in one day from Sintra: 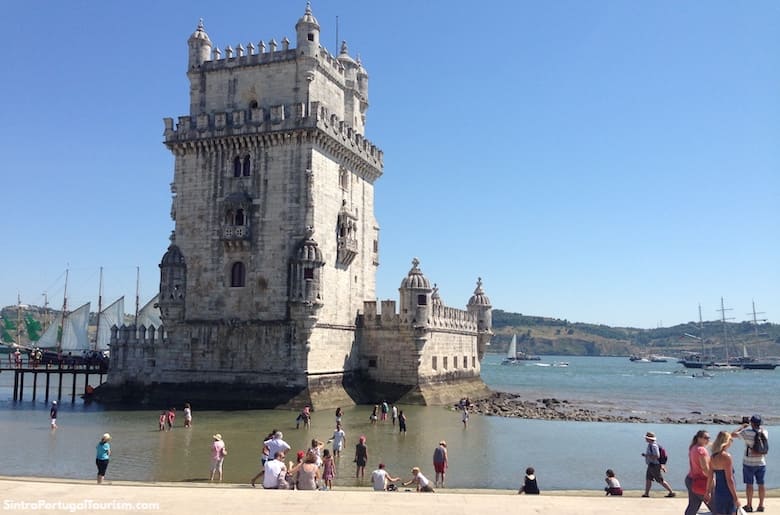 Those who stay in Sintra are often couples on their honeymoon or on a romantic holiday, and Lisbon is seen on a day trip. In those cases, the castle and the viewpoints above the old Alfama district, as well as the World Heritage monuments of Belém, are the most romantic attractions that shouldn’t be missed, and can be visited in one day.
Those are also the top attractions for everyone else, on any type of trip based in Sintra, but in order to fully experience the capital city, you’ll need at least two days. On the second day you may head to the central districts of Baixa, Chiado, and Bairro Alto, and see the modern side of the city in Parque das Nações. One of the capital’s museums should also be on anyone’s itinerary.
From Sintra, Lisbon can be reached by train in around 40 minutes. Those wishing to visit downtown, Alfama and Belém should make Rossio Station their final stop, while those who want to explore Parque das Nações should take the train that terminates in Oriente Station.

For complete transportation information, see the guide to the Sintra to Lisbon train. 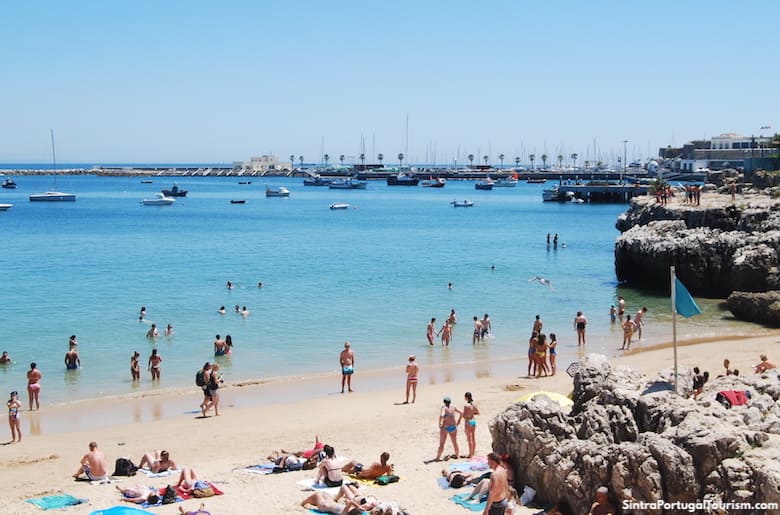 Sintra has beaches, but the most popular coast in the region is that of Cascais. Sintra’s beaches are beautiful and wild, but with colder and rougher waters, so the beaches of Cascais are for those looking for a calmer sea and a more vibrant and cosmopolitan resort atmosphere. The town can be reached by two bus services, both terminating in the center, a short walk from the beaches. Those are buses 403 and 417, and which one you take depends on whether you want to stop in Cabo da Roca (the famous cape marking Europe’s westernmost point) on the way or want to head straight to the beaches. Number 417 is faster (takes about 30 minutes) but more infrequent and doesn’t stop in Cabo da Roca, while the 403 departs every 30 minutes, takes about one hour to reach Cascais, but follows a more scenic route and stops at the cape. 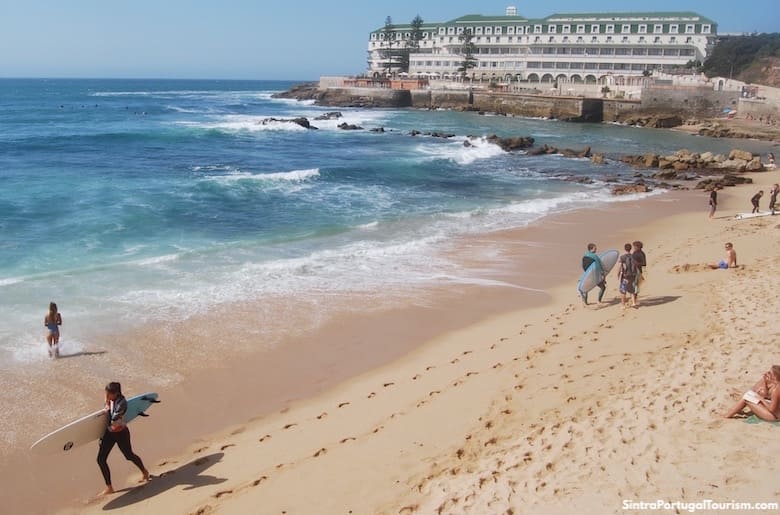 If the beaches in Sintra and Cascais leave you wanting to explore more of the Portuguese coast, head to Ericeira, a traditional seaside village that’s now a surfing mecca (it’s Europe’s only World Surfing Reserve). It can be reached by bus (of the Mafrense company), which departs from the Portela de Sintra terminal. Tickets are €3.55, and are bought from the driver. There’s one bus per hour on weekdays, but only six departures on weekends. Avoid going on a Saturday or Sunday because of the fewer transportation links and also because the town can be crowded on those days (especially during the summer months).
The bus takes about 50 minutes to reach Ericeira, and ends at the terminal in the center of town.
From the terminal you can walk in the direction of the sea and explore a series of beaches, or cross the road into the old town, which is a picturesque maze of pretty houses and churches above the Atlantic.