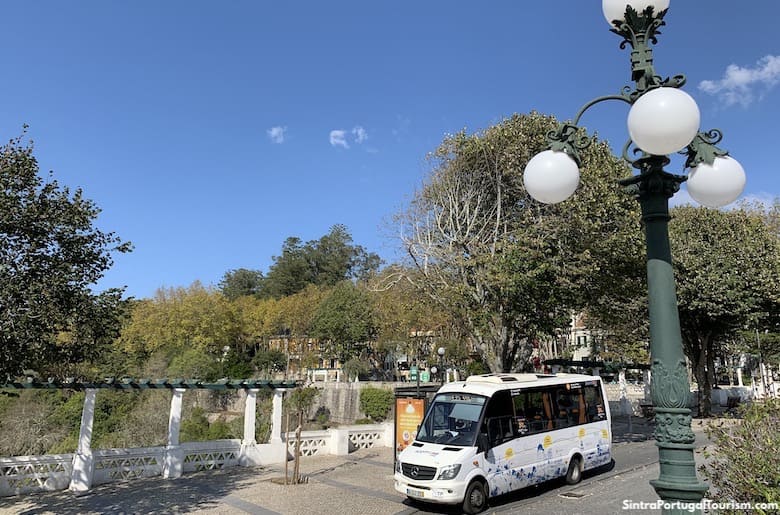 The 435 bus stop, down the street from the train station

The small bus 435 departs from Rua Dr. Alfredo da Costa, which is parallel to Sintra’s train station. Just keep walking past the entrance to the station, and you’ll see the stop down on a sloping road. It’s mostly used by tourists, as it passes by four of the town’s palaces -- Sintra National Palace, Quinta da Regaleira, Palácio de Seteais, and Palácio de Monserrate. While the first three are within walking distance, for Monserrate you need to take this bus.

From its departure point, it reaches the Sintra National Palace in 8 minutes, Quinta da Regaleira in 10, Palácio de Seteais in 12, and Palácio de Monserrate in 16.

This is a “hop on hop off” route and tickets are 5 euros. “Hop on hop off” doesn’t mean you may ride it as many times as you want throughout the day, it means it’s valid until it completes the route. Example: You hop aboard on the first stop, get off to see the Sintra National Palace, then take another 435 to Quinta da Regaleira, and after visiting that you take another 435 to Monserrate, then another back to the center of town, all with the same €5-ticket.

Tickets are bought from the driver, and there are departures every 20 minutes between 9:30am and 7:50pm.