Home > What to See and Do > Fountains


As you walk around Sintra you’ll come across a number of rather monumental fountains. Some date back centuries, but most are early-20th-century constructions or reconstructions. Sintra historically suffered from scarcity of water, and these fountains provided drinking water to the population. Today they’re mostly decorative monuments:

The “Moorish Fountain” looks much older, but it’s just over a century old. It dates from 1922, and is located on Volta do Duche, the scenic road that connects the train station to the center of town. The marble and tiled structure was actually dismantled in 1960, but rebuilt in the 1990s, maintaining the original Moorish Revival style. Water still runs from a round spout to an oval tank, but it’s not monitored, so it’s not recommended for drinking. 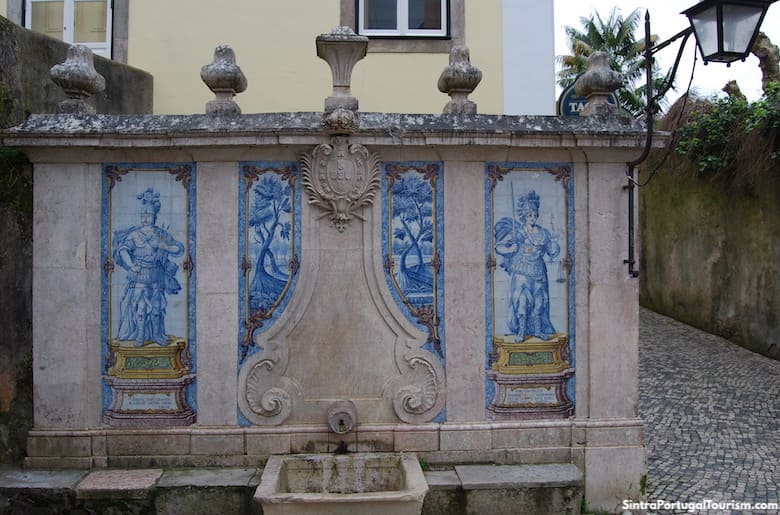 It dates from 1787, but there already was a fountain on this site in the 14th century. It’s hidden on a street bearing its name, and features tile panels from 1788 illustrating mythological figures, plus Latin quotes relating to the scarcity of water in the area at the time.
At the center is the coat-of-arms of Queen Maria I, who ordered its construction. 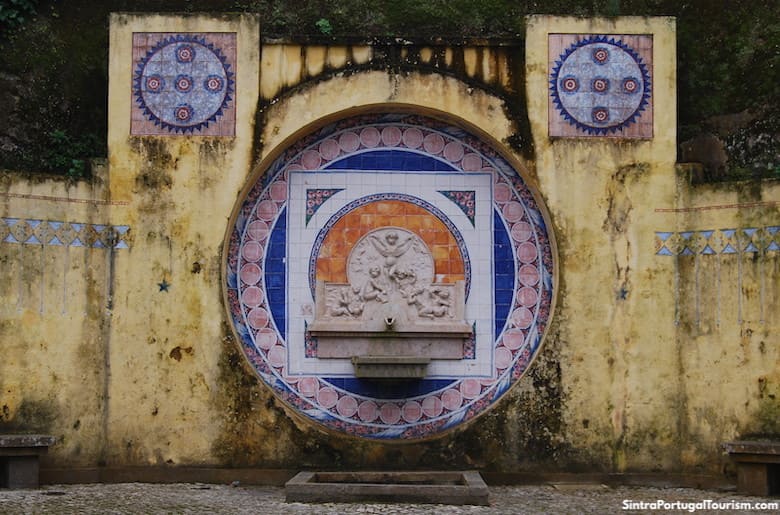 Built in 1931 to replace a previous fountain, it’s located on Avenida Almeida Garrett, which is the road that leads to Quinta da Regaleira. It’s a semi-circular structure, ornamented with a Renaissance-inspired circle decorated with a tile panel and a stone relief representing children holding cups and pitchers.
A few steps down the road is a waterfall of the same name (the “Cascata dos Pisões”). 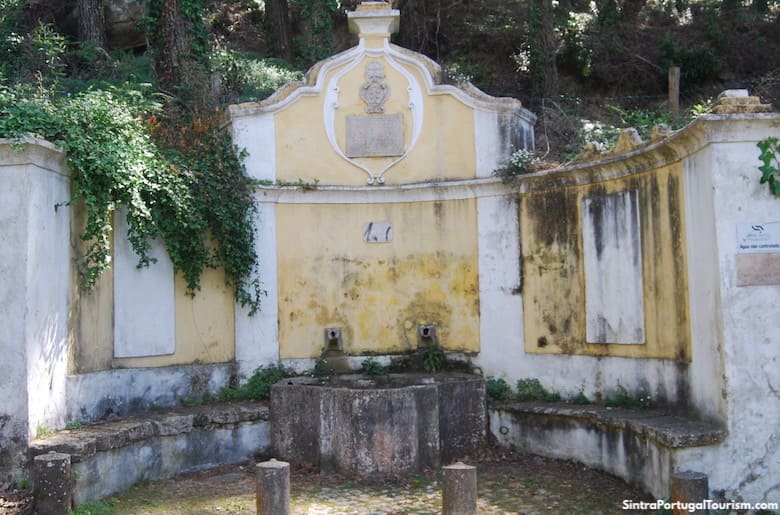 Found a few feet from Seteais Palace, this is another semi-circular fountain and features two spouts. It’s topped by the coat-of-arms of the aristocratic family who owned Quinta da Penha Verde, the neighboring estate. A plaque below it has an inscription explaining that it belongs to the estate’s owner.