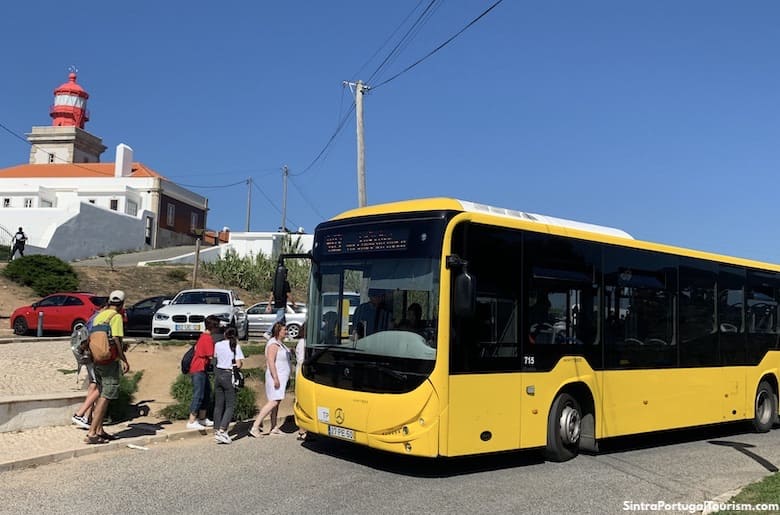 Bus 403 of the Scotturb company connects Sintra and the resort town of Cascais. From Sintra it departs from outside the train station, while in Cascais it terminates at and departs from a bus station below the Cascais Villa shopping mall in the center of town. In between the two destinations, it stops in Cabo da Roca, the famous cape marking the westernmost point in Europe. From Cascais, it stops in Cabo da Roca in 22 minutes, and from Sintra in 37. The cape is the main reason tourists take this bus, but it’s also for those based in Sintra and wishing to spend a day in Cascais' beaches (or for those based in Cascais and wishing to visit the palaces in Sintra). There are no trains between Sintra and Cascais, so the bus is your only option (for the train you’d need to connect in Lisbon, and would only arrive in Cascais or Sintra about two hours later). 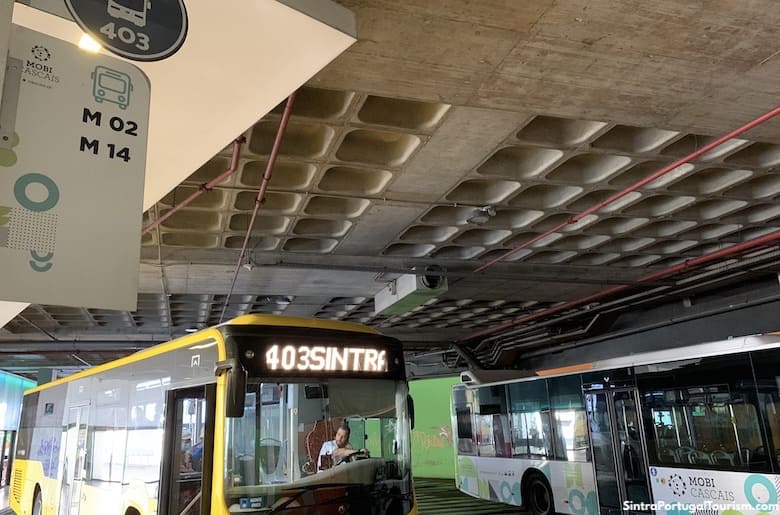 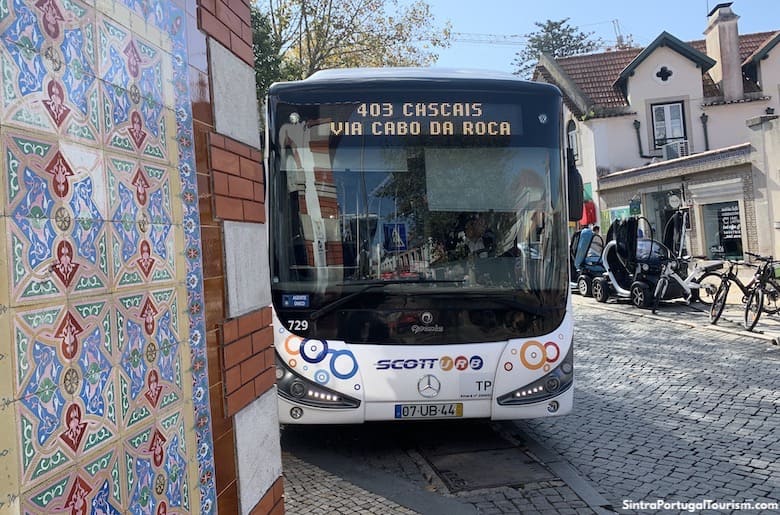 The bus 403 stop outside the Sintra train station

Bus 417 also connects Sintra and Cascais, but does not stop in Cabo da Roca. It also departs only once per hour (also from outside Sintra’s train station or from the bus terminal below the shopping mall in Cascais). Still, if you just want to go to the beaches in Cascais from Sintra, it’s certainly an option. It reaches Cascais in about 30 minutes, while the 403 takes close to one hour. The advantages of the 403 are the more frequent departures, the stop in Cabo da Roca, and a more scenic route.
The first 417 bus of the day leaves Sintra at 7:05am and the last one at 8:30pm. From Cascais the first one is at 6:25am on weekdays, 7:20am on Saturdays, and 8:10am on Sundays, while the last one to Sintra is always at 7:50pm. 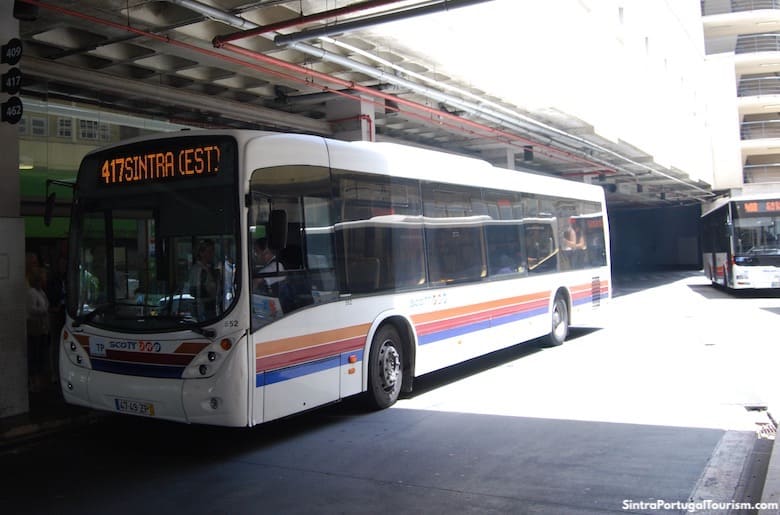 Bus 417 in the Cascais terminal

If you’re visiting Sintra or Cascais on a day trip from Lisbon, you won’t have time to go to both destinations. There is simply too much to see, and a significant part of the day would be spent on transportation. Well planned, however, it is possible to make a quick visit to Cabo da Roca, taking the 403 from either direction. Bus 417 would be for those staying in Sintra and taking a day trip to Cascais, or vice versa.
Tickets are €4.25 and are bought from the driver.
Take a look at the links below for more Sintra transportation guides.